A construction in the small bay of Camas Glas, Inverewe. 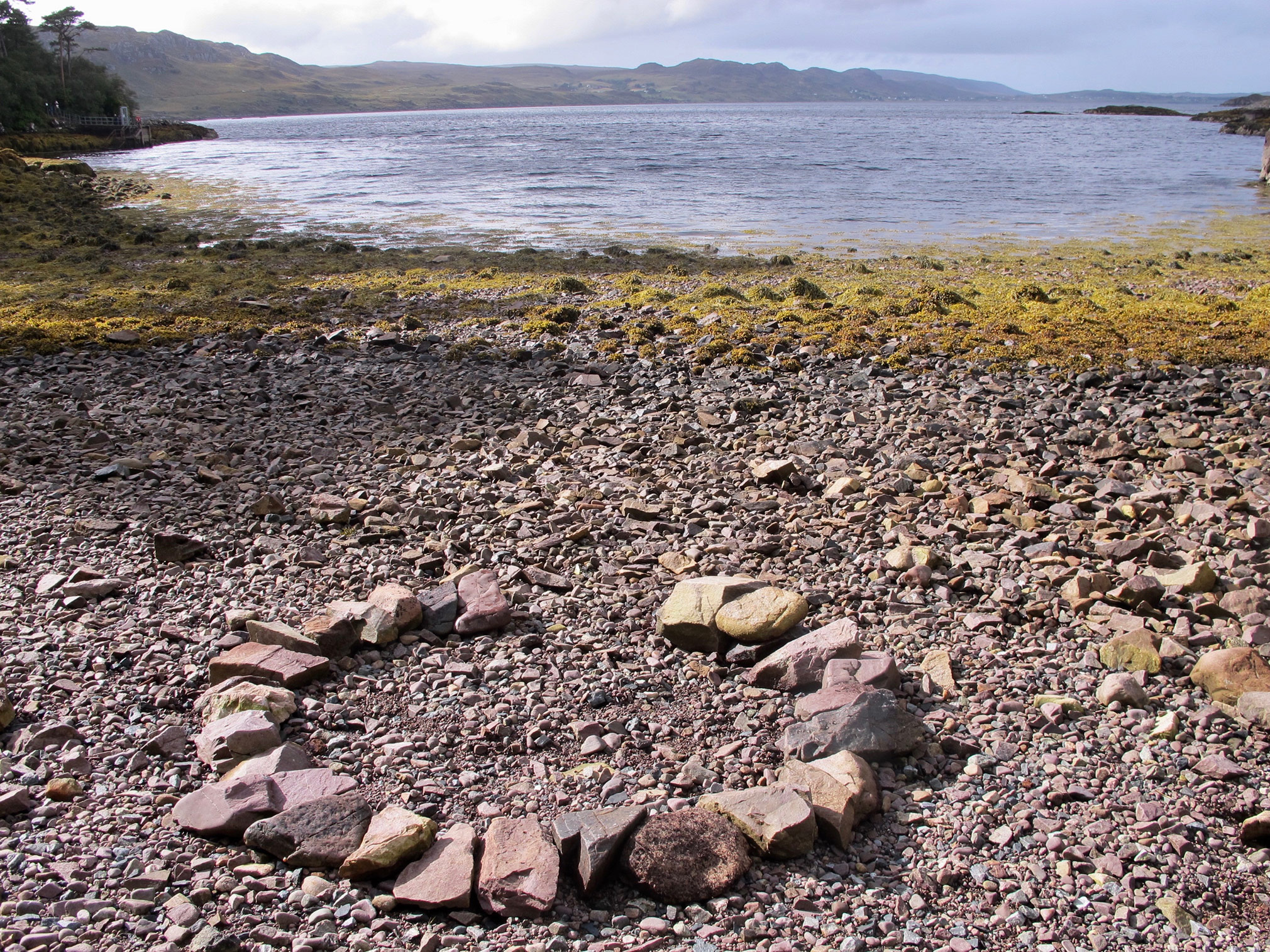 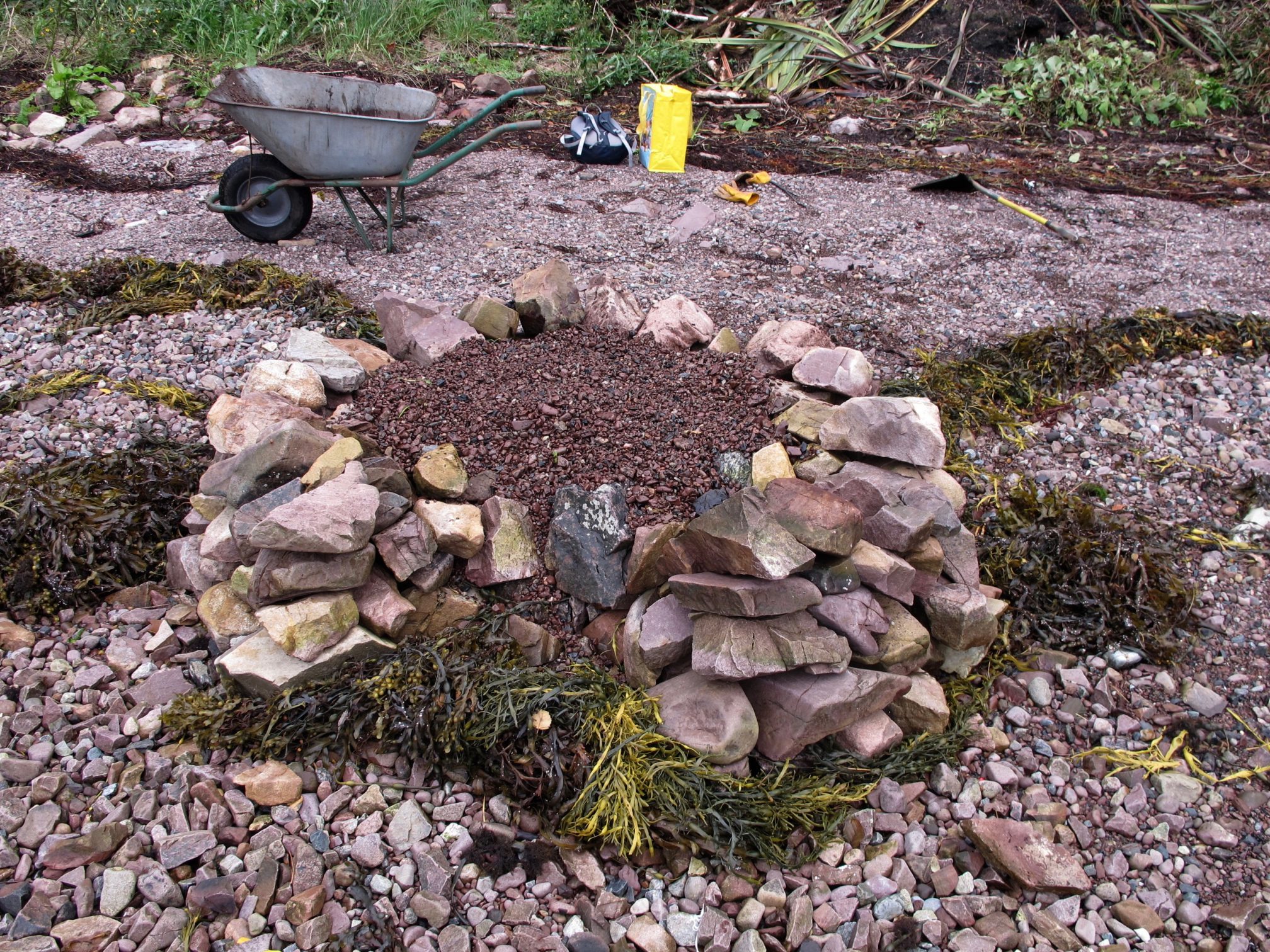 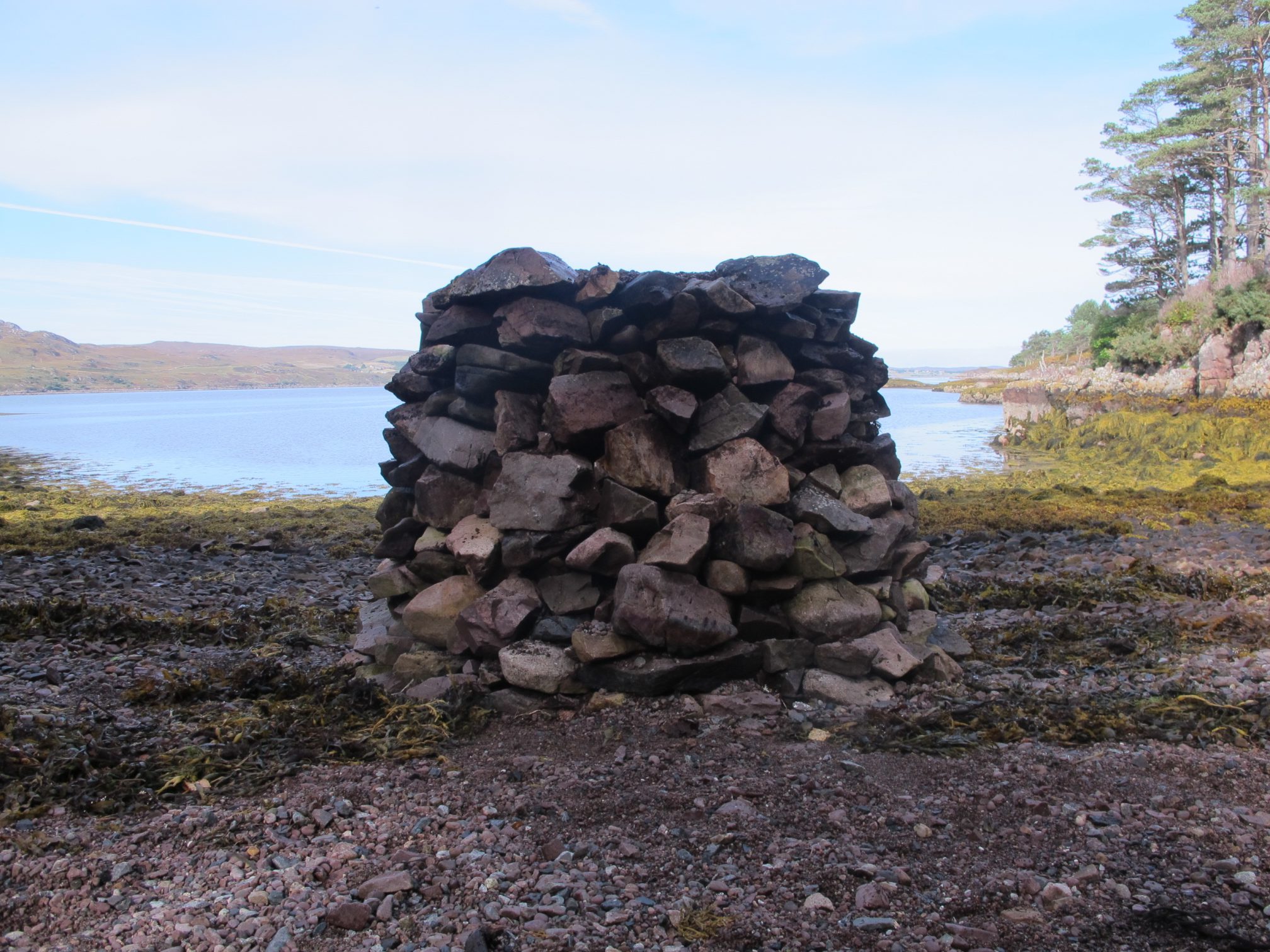 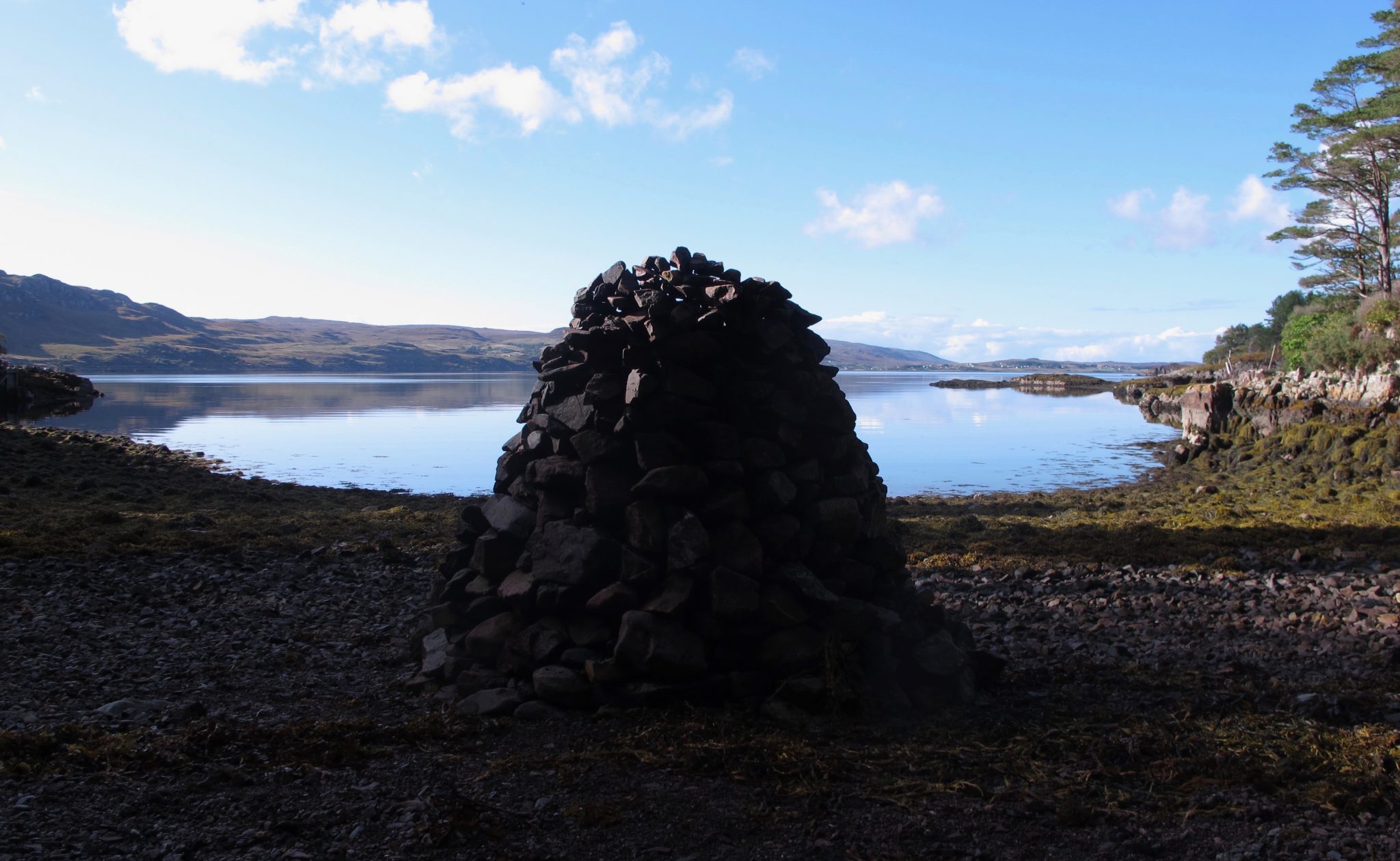 A shieling is a roughly built shelter, commonly found in the Western Isles (Outer Hebrides) and originally used while pasturing livestock in remote areas. I built a small replica of one on the beach at Camas Glas, Inverewe using rocks and stones I found there. By placing my shieling in a situation where it was threatened, and eventually destroyed by, the incoming tide, I was questioning the concept of a man-made shelter in relation to the overwhelming forces of nature.